The Tal Chaim School is an elementary school in Kiryat Menachem, a small town southwest of Jerusalem’s center. The community was founded in the 1950’s, when many people migrated from Northern Africa to Israel. Approximately 17,000 people live there today. The Jerusalem Foundation, an independent non-profit organization that is headquartered in Jerusalem and works on a global scale, have made it their mission to fight poverty in Kiryat Menachem and make education available for children and young people.

The Tal Chaiim School was founded 60 years ago. Currently, approximately 120 children attend the school in the 1st through 6th grades. Roughly one fourth of these children come from Ethiopian migrant families, and most of them grow up in very poor conditions. For these children, school is not only a place to learn, but a place where they can play with other children in a carefree environment.

The school administration would like lessons to be held not only at desks in the classrooms, but also in specially created learning centers, so-called “interactive learning rooms”, where children can learn in a playful way. The focus here is on the subjects of math, Hebrew, and natural sciences. The rooms feature a surprising decor with their cheerful color scheme and intuitive learning opportunities. The long-term plan is for 300 children to attend the school.

The Regine Sixt Children’s Aid Foundation has collaborated with the Jerusalem Foundation on several projects in recent years, including at the Tal Chaim School. In 2018, a learning center was created and furnished with financial support from the Regine Sixt Children’s Aid Foundation. A second “interactive learning room” is now being built. This will ensure that all children can enjoy access to special age and need-based education. 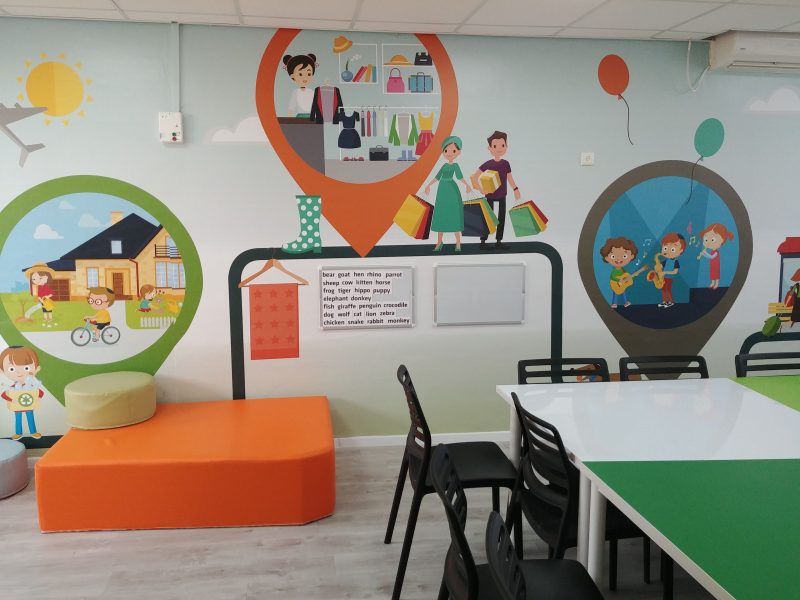 Digital education for pupils in Vietnam

New movement room for the inclusive school in Bad Nauheim